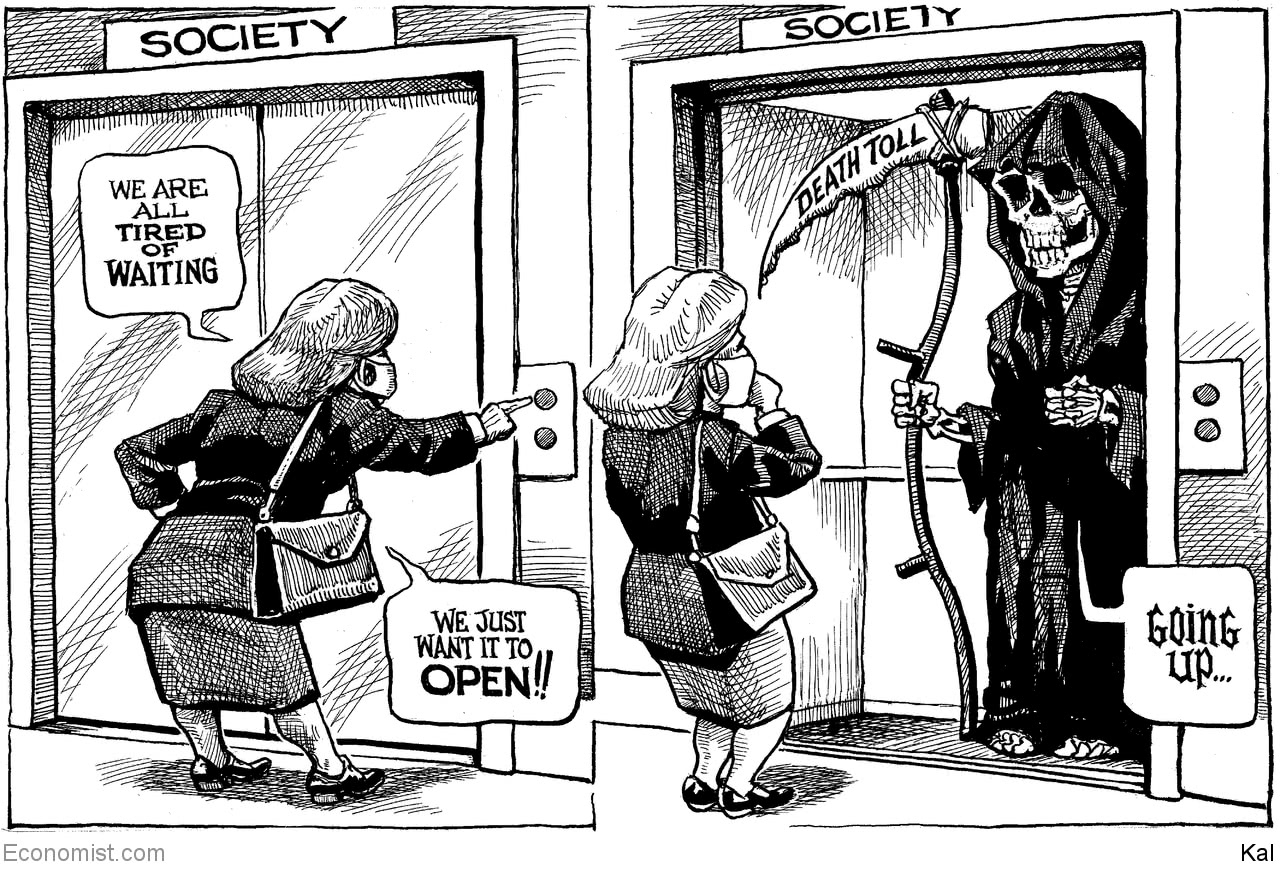 J. Joseph Watson is a writer and former journalist, who has worked for daily newspapers in Ohio, Texas, Florida, Pennsylvania, California and Oregon. He is a graduate of the Annenberg School for Communication and Journalism at the University of Southern  California. He wrote an article in THE DAILY GOOD titled “America’s sinking COVID-19 reality is hauntingly similar to our relationship with gun violence”

He opened the article with “Just when things seemed to be turning a corner into a slightly more optimistic future, The New York Times broke the news that “private forecasts provided by the Centers for Disease Control to the White House show a startling, distressing road ahead: 200,000 new COVID-19 infections a day in the U.S. by June 1, and 3,000 daily deaths.”  He goes on to say “America’s response to the COVID-19 pandemic does have a disturbing precedent: gun violence. “Seems easy to prevent!” Times opinion columnist Charlie Warzel wrote in a series of Tweets, correctly noting that “others have!” But the strange evolution of our uniquely American notion of liberty insists that certain, select “freedoms” be allowed, unchecked and unencumbered even by common sense.The result? “I imagine that we’ll just … get used to a certain number of deaths happening as we do w/gun violence/school shootings,” Warzel wrote. Calls for stricter gun-control laws have been met with swift, vocal, often angry opposition……. Now comes COVID-19, and swift, vocal, often angry opposition that has led to shockingly large rallies to force the government to “reopen” the country despite the recommendations of doctors, scientists, public-health experts – even the White House’s own guidelines.”

So, does this mean the USA is setting itself up for infection rates and deaths that will continue to grow virtually unchecked and what are some possible outcomes of that notion? For instance, will the Canada/US border remain closed indefinitely? On Global News today (2020/05/11) one commentator suggested that the border would remain closed for the rest of the year. The BC and Ontario Governments are on record apposing any relaxing of border controls. Will the US government pressure the Canadian government to relax the border controls and if the Canadians refuse to comply what will be the outcome? To follow that through at an international level, what if American citizens are refused entry to other countries while the pandemic rages on in the USA? After all, the USA has already set the precedent with entry refusals for non-US travelers coming from nations with covid-19 infections.

The closed border essentially kills international travel and that could last for up to two years. Some of the cruise industry companies are planning to start up in August this year. Is that realistic? Because they are committed to the life style I think “cruisers” will still book trips but will there be destination ports willing to accept ships potentially loaded with infected clients? When the pandemic hit  back in March numerous ports and national administrations were unwilling to take on the burden and the risk of more corvid-19 infections landing in their ports. Even today there are still cruise ships out on the high seas with crews waiting for permission to dock.

The impact of the closed border could mean severe restrictions on the Canadian film industry. Many participants in the industry travel back and forth across the border and are they going to be quarantined every time they cross the border? Probably not. Will the Canadian government declare them essential workers and monitor them very closely? We will have to wait and see on that one.

How will the NHL deal with an indefinite closure of the border? At the moment the season has shut down and despite some hints that a solution may be in the works I can’t see how that can work. Maybe an interim plan to have a Canadian season and American season with no border crossing is a possibility. There is still a ban on mass gatherings so will they be playing in empty arenas? I can’t see that generating much fan enthusiasm. Maybe it’s time to bow to reality and cancel this season and try planning for the next season. Of course there is every possibility that the situation will not change over the next six months and there will be no 2020/21 season. The BC government is talking to the NHL about some sort of plan to get hockey in some form or other back on track but is that realistic or just wishful thinking.

So that is only one big “If” of the current status of the Covid-19 pandemic. There are many, many more to be considered. This may seem overly pessimistic but without a vaccine the reality is that the virus is going to be with us for years. The “new normal” is not going to look anything like the “old normal”. It will be different and if we can make the required adjustments it could also mean that when we hit the final “reset” the world may even be a better place.